Auroville in Puducherry feels like a bubble isolated from urban life. However, the NGOs in this quiet township are bringing about a change in the way the world works. One of them is the Auroville Consulting group, whose latest project is a search engine, Solar Village.

Launched on December 5 last year, the engine is continuing to help the neighbouring Irumbai village get 100% electricity through solar power. The search engine is the brainchild of Martin Scherfler, who co-founded Auroville Consulting in 2010 to work on sustainable development projects. The Solar Village project has sprung out of two motives — care for the people of Irumbai village and the universal nurturing of planet earth. Solar Village already has projects set up across India; last September, they successfully launched the first phase of a solar lighting micro-finance project in Uttar Pradesh.

“We want to share an uninterrupted power supply,” explains Martin, “Every day, we have five to six hours of power shutdowns, varying with the season.” Depending on the traffic to the search engine, the group will install a certain number of solar panels in the village.

The search engine is a financial instrument as well as an advertising platform for their solar electricity project. Auroville Consulting proposed the concept of solar panel installation in Irumbai village to the Government of Tamil Nadu in 2012 and it was approved under Tamil Nadu Innovation Initiatives.

Typical routes of a grant application and corporate social responsibility (CSR) are tedious. “This idea of using a search engine came out of necessity. We are too small for international funding, and our experiences in India tell us the bureaucratic processes are tedious. We have been reading and researching for at least one-and-a-half years,” says Martin. “This is the first incentivised search engine in India,” adds Ahmed Ibrahim, the then project manager. 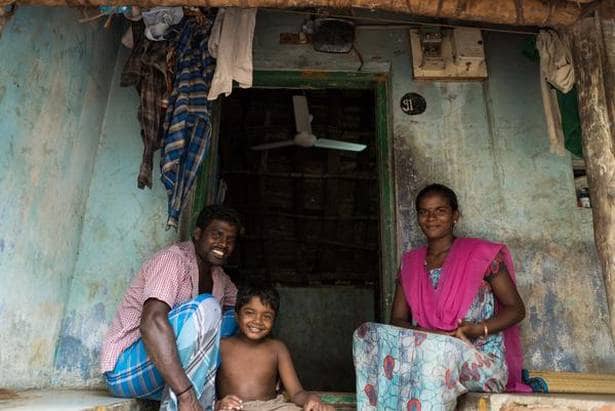 The idea is to make the village energy positive within a year. “A regulation in the electricity act of India says a village fed by solar power will be exempted from power shutdowns. The residual power will float to the nearest village, thus reducing transmission losses, which is currently 17%.”

Martin and his team are on the lookout for commercial partners. “It will be a win-win situation if private enterprises join us. We could supply them solar power cheap, compared to other profit-driven units, and, in turn, we will have a source of income. The search engine helps us in getting visibility to attract these private sector parties.”

Why Irumbai? “Irumbai is only 4 km away from Auroville. It is easier for us to monitor, trust and collaborate with this village. This region has been facing long hours of blackouts, affecting the daily livelihood of the villagers,” responds Martin.

To date, they have received good feedback from the villagers and local colleges. They have made at least 30 to 40 field trips. And, with every visit, they have villagers eagerly asking them when the project will begin. “We have held multiple meetings with villagers, schools and local colleges, conducted energy audits, and trained local women and engineering students in solar panel installation. Since they are the ones who man the household, the women are supportive and open to learning. Once they learn it, we want to provide them with super-efficient fans to reduce power consumption, LED lights, efficient pumps,” describes Martin.

According to Ahmed, the search engine option helps an ordinary citizen to do their part for the development of a village. “In urban cities, lifestyle is so busy people cannot contribute. The engine helps them contribute to the conservation of the planet and a better livelihood for a few villagers.” They are also trying to develop an app or widget so that people use this instead of naturally gravitating towards regulars such as Google and Safari. “If people can’t even do that, we are doomed as a civilization,” says Martin .