With 35 Rupees, he chose to save lives

When Dr. Pawan found out about the unhygienic living conditions in Gadchiroli, Maharasthra, he created a hand-washing device in just Rs.35 that has been saving the lives of the villagers. Not only this, he involved people of all age groups in his wonderful initiative through interesting activities. Find out more about his device and how he made it possible.

Like a Bollywood movie, Dr. Pawankumar Gulabrao Patil’s story has flashy songs, sentimental sub-plots and even a game scene scripted in. And get this; we even have the hero coming back from abroad to work in rural India (think Shahrukh Khan of Swades?).

Well, the similarities end there. This is not ‘a larger than life’ tale of a single man singing away an entire village to a glorious change. This is about how small efforts can go a long way in changing the way we live.

In 2008, Dr. Pawan was one of the seven students selected for a two-year fellowship programme at Nirman’s SEARCH (Society for Education, Action and Research in Community Health), in Gadchiroli district, Maharashtra. The programme encourages students to work in areas affecting rural communities like water management and NRGA schemes, and being a physician, Dr. Pawan chose to work in the health sector. Living in the community, he realised that there were several diseases persisting in the village, those that could be prevented by merely drinking clean water or paying more attention to cleanliness. He promptly did a study that revealed that of the 64 families living in the village, only six families used soap for washing hands.

“It is not that they did not have soaps, they had everything from Lux to Santoor. But for them, soaps were for beautification and not to remove dirt,” he says.

The fact that diarrhea was the second largest contributor to infant mortality got him thinking. Here was a disease that could be easily diagnosed, prevented and treated; yet so many children were dying from it. An act as simple as washing hands could save so many lives!

It was at this juncture, he heard about the Tippy Tap concept introduced in New Zealand. The idea simply involved a few sticks, a string and a soap to set up a low-cost hand-washing device. For Dr. Pawan, the first challenge came in the design itself. When he first installed the device, goats would eat the soap or birds would mess it up, the thread was constantly rubbing against the soap and wasting it, kids were getting their pants soiled and so on. For six months, he solved the design issues one by one (he worked as a physician in the local hospital and took time in the evenings to work with this pet project). And then, Nirmal, the robust Indian washing device, was born.

The next bigger challenge lay in getting the villagers to actually use this device. He smiles, “If you tell them their clean-looking hands actually have germs in them and that the research on diarrhea shows that it could be prevented by hand-washing, they won’t bother. So instead of using the typical health communication model, I thought why not give them something they can relate to.”

He took up his Nirmal device and with the help of school children set it up in the primary school of Kudakwahi village. This ensured that the kids had a sense of ownership towards the device. In a way, he says the kids co-developed the device as they kept giving suggestions to improve its design.

At a cost of 35 rupees, Pawan set up the community’s first hand washing device (with soap being the only recurrent cost). But this would not suffice. For sustained usage of the device, he knew that behavioral change was necessary. After observing the way the kids played, he taught them a simple game where kids would boo the other children if their hands were dirty and shout ‘yay’ to the kids who did wash their hands. And mere hand washing would not suffice, so the young doctor even managed to teach them the WHO guidelines for hand-washing. No, he did not show them a power-point presentation with required steps. Instead, he taught a fun Marathi song that would incorporate all the WHO steps for a proper hand-wash. The gibberish song involved fighting between hands, cleaning the belly of a fish, tiny bells and so on, each being a step in the hand-washing routine.

So, every kid in the school was happily singing his way to cleanliness. The ones who wanted to spread the message to their homes or to other schools even formed a cleanliness army called ‘Nirmaldoots’.

Now that he had the kids involved, it was time to step up to the elders. What better way than to bring our Gods to help us? Every celebration in the village gave Pawan an opportunity to set up the Nirmal device in a common place and he would ask the eldest woman there to do a pooja for Nirmal, in front of the entire community. This way, Nirmal became a part of their culture and this made the villagers use it with reverence. Apart from diarrheal deaths, usage of tobacco was also high in the community. He reveals, “I found that even two-year old kids were using tobacco.”

Once again, he had to shake them up to reality. This time, most of his target groups were troublesome teenagers. Have you tried advising a teenager? It never works, really. So, Pawan did not tell them to stop using tobacco. Instead, he roped them in to play the ultimate Frisbee tournament. That’s right. He just added a simple clause; you shouldn’t use tobacco while playing Frisbee.

This new game gave the teenagers a new-found pride and also gave them a sense of belonging that teenagers normally yearn for. And there, unknowingly, the kids began to give up their addiction to tobacco. 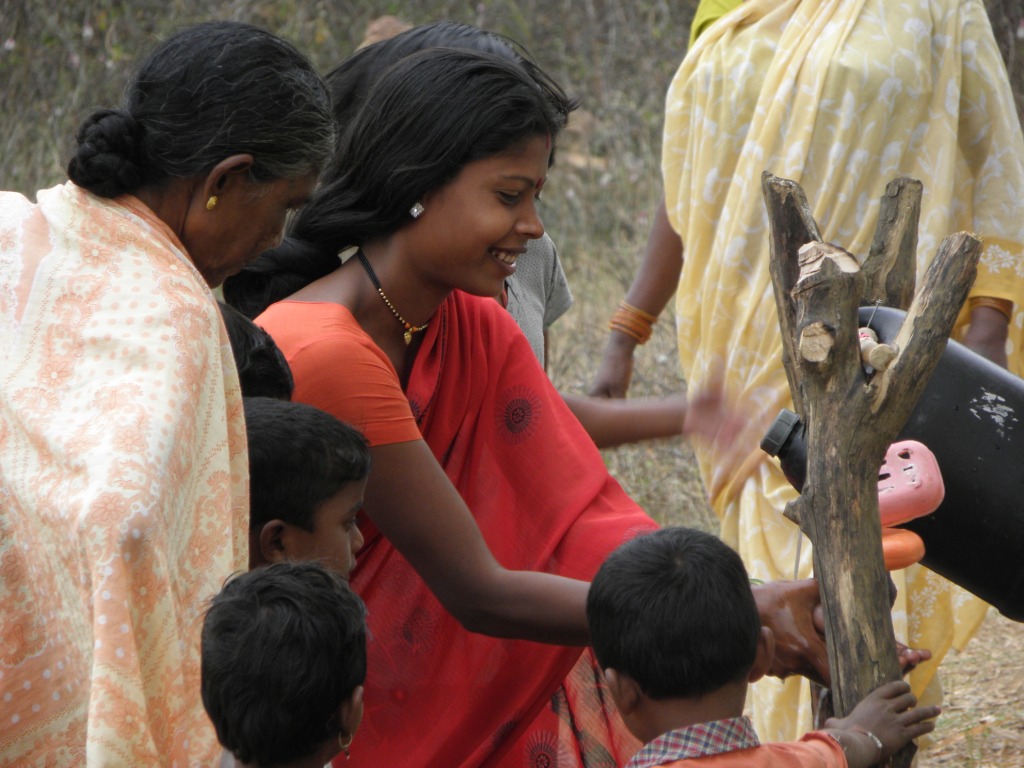 Having set up 83 Nirmal devices in 16 villages across Maharastra, Pawan moved on with his life. But the message he instilled is still alive in several of the villages with his Nirmaldoots growing up to spread the message further. Only now, they understand its meaning.

After finishing his higher studies in the United States, 29-year-old Pawan is back and he currently works as a public health scientist in Community Empowerment Lab in Lucknow. The lab is renowned for their in-depth research and intervention programmmes designed to reduce maternal and infant mortality.

Pawan’s role in intervention design enables him to weave in science as part of rural culture in the Rae Bareli district. Sample this: educated women folk know that the first milk or colostrum is crucial for the newborn. Here, his team translates it as amruth (divine nectar) for the baby and yes, he continues to teach songs that will save lives…

First published on The Better India website under the title ‘With 35 Rupees, You Could Buy Popcorn Or Recharge Your Mobile. He Chose To Save Lives’

2 responses to “With 35 Rupees, he chose to save lives”