The Eloquence of Silence

The choice is between speaking up and keeping quiet 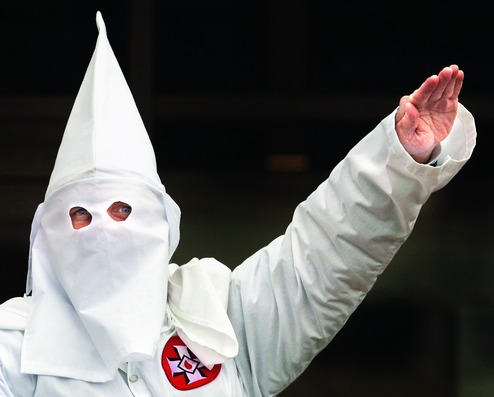 About a month ago, a US-based cousin was driving back home from work when the car in front of her braked in such a way that she was forced to pull over. The driver of the car, a large White woman, got off her vehicle, came up to my cousin, said, “You f***ing black w****, go back to your own country!” then turned on her heel and walked away. In her 20 years in the US, my cousin, a university professor who works with poor, marginalized and dispossessed groups of people (including many ‘illegal immigrants’), had never had to face such visceral racial hatred. She has worked in areas where there are poor Whites who might legitimately feel deprived and upset, whose anger could easily have focused on her – a woman of colour, doing what many feel is a White person’s job – and turned violent. But it never had. Until now.

The change, of course, is due to the election to the country’s highest office of a man who wears his racism, sexism and bigotry as a badge of pride, who makes no bones about the fact that he sees the United States of America as an essentially White, Christian, ‘masculine’ nation, where all other ethnic and religious groups (not to speak of women) are present on sufferance. Donald Trump’s narrowness of vision, stridently racist, anti-immigrant rhetoric, his characterization of Blacks and Mexicans as drug dealers, rapists and thieves, are not just disturbing and deeply scary in themselves, they also embolden others of his ilk to express thoughts and perform actions they might otherwise have kept to themselves. Witness, for example, the open display of Confederate flags and Nazi swastikas in rally after rally or the murderous car attack on anti-racism protestors in Charlottesville last month.

Perhaps an even bigger tragedy than his own bigotry is Trump’s repeated refusal to even acknowledge, let alone condemn, that of others. American media, especially online journals, have noted time and again the ways in which such wilful blindness and calculated silence regarding acts of racism, sexism and other kinds of bigotry have led others to spout hate speech and commit hate crimes; how the once-defunct and all-but-forgotten Ku Klux Klan is once again news; how violent crimes against non-Whites and incidents of gender and racial discrimination have grown since Trump assumed office.

These thoughts have been provoked by the news that a prominent Bengaluru law firm has served legal notice on behalf of a Bharatiya Janata Party politician seeking an unconditional apology from noted historian and writer, Ramachandra Guha, for daring to suggest that the killers of Gauri Lankesh may have had Hindutva links. The legal notice states, quite accurately, that no evidence has been unearthed so far linking Gauri Lankesh’s killers with the BJP or any of its associated bodies and goes on to add, for good measure, that the murders of other anti-Hindu-fundamentalist writers – Narendra Dabholkar, Govind Pansare, M.M. Kalburgi – too, are still under investigation. But therein lies the rub. That the murderers of Dabholkar (killed four years ago), Pansare (killed in February 2015) and Kalburgi (August 2015) have still not been identified undoubtedly speaks volumes about the efficiency of the investigative arm of our executive but, equally, they point to a conspiracy of silence on the part of our rulers regarding hate crimes committed against those considered ‘anti-national’ or ‘anti-Hindu’ (the two are rapidly becoming synonyms). Why have politicians who profess to be patriots not raised a hue and cry over the delay in these investigations? Why has our prime minister not once mentioned, leave alone condemned, the brutal gunning down of Gauri Lankesh, in his prolific Tweetery? Why have gau goondas, who lynch those they suspect of trading in cow flesh, received tacit approval from those professing love for cow and Hindu dharma?

This climate of silence – of a refusal to speak up and condemn such heinous acts, or to speak up just a little too late and say too little, perfected to a fine art by our nation’s supreme leader – is just as pernicious and soul-destroying for India as Trump’s calculated silences and equivocations are proving to be for the US. And it applies not just in the cases of urban, urbane, cosmopolites such as Lankesh and her like; silence in the face of mob violence, or the lynching of alleged beef-eaters and cow-transporters is just as shameful and condemnable.

The verbal racial violence faced by my cousin is a very far cry from the killing of an anti-racism protester or the physical assault launched on Mexicans post-Trump, but – and this is really the point – it is merely a difference of degree, not of kind. And something eerily similar seems to be happening here, too. People, otherwise perfectly normal, apparently sober and decent people, people like you, dear reader, and me, are no longer afraid to express sentiments they would have been ashamed of articulating even a short while ago. The tide of venom against minorities, women, Dalits, scheduled castes and scheduled tribes that seems to have engulfed social media like a tsunami of hate and bigotry has to be seen and read to be believed.

Equating the 2002 Gujarat pogrom and the murder of Lankesh with the killing of street dogs is as nothing when compared to the kinds of things being said about those who condemn the killings and beatings by cow vigilantes or ask for more proactive measures from the government to protect dissenting voices. The ruling party’s troll army is a well-organized, well-oiled piece of sophisticated machinery that can and will use all means to stifle and silence voices that question or condemn their masters’ motives and machinations and our natural propensity to kowtow to power will ensure that we either fall in and join our voices to this chorus of abuse and hate or, at best, keep quiet and justify it to ourselves in the name of peace or busy-ness or a sense of being above such pettiness or what have you. To speak up will invite reprisal and to keep quiet will make us complicit in the rapid unravelling of whatever ideals India still stands for – that seems to be the stark choice facing each one of us. The question each one of us needs to ask is: which side will I be on?