On November 16, 2014, we completed “1 year of Raahgiri Day – Apni Rahen, Apni Azaadi” in Gurgaon. It has been a commendable journey so far with thousands of citizens participating in this movement every Sunday.

The success of this initiative over this last one year has shown, that if people are provided with safe, high-quality infrastructure, they will cycle. This was also welcomed by the authorities of Gurgaon, when they finally initiated its much-discussed plan of installing cycle tracks in the city of Gurgaon, covering an area of 8 km from Huda City Centre to Golf Course Road Extension. But according to the organizers, this is only the beginning! The end goal is to have pedestrian and cycling friendly infrastructure laid over the entire city and to have safer roads for all! The celebrations on November 16, 2014 were marked by a lot of momentous performances. The start of the show was undoubtedly Enrique Penalosa, the former mayor or Bogota, Colombia. While listing the most important amenities that help improve the quality of life in a city, he said that the prime focus should be on developing parks, cycle tracks, footpaths, facilities for the elderly, differently abled and poor. He said, “The poor who use the non-motorized transport, are contributing to the environment. However, the rich are making it worse by using their vehicles. Thus, those who use non-motorized transport should feel proud and not inferior.” The other memorable performance on this day was the rock concert by Euphoria. Palash Sen, the lead singer of Euphoria, pumped-up the crowd during Raahgiri Day with his power-packed two-and-a-half-hour concert. The band started with ‘Walk On’, the song it coined as the Raahgiri Day anthem, followed by a lot of other hits. Hundreds of people who thronged the Raahgiri Day stretch on Sunday sang along with the band. Along with all of this, a new campaign kicked off at the venue to sensitize Gurgaonites on the need of giving right of way to ambulances. According to the Road Safety Officers (RSOs), who started this campaign, they want to encourage every citizen to take a pledge that they will clear the way for an ambulance, so that lives can be saved. 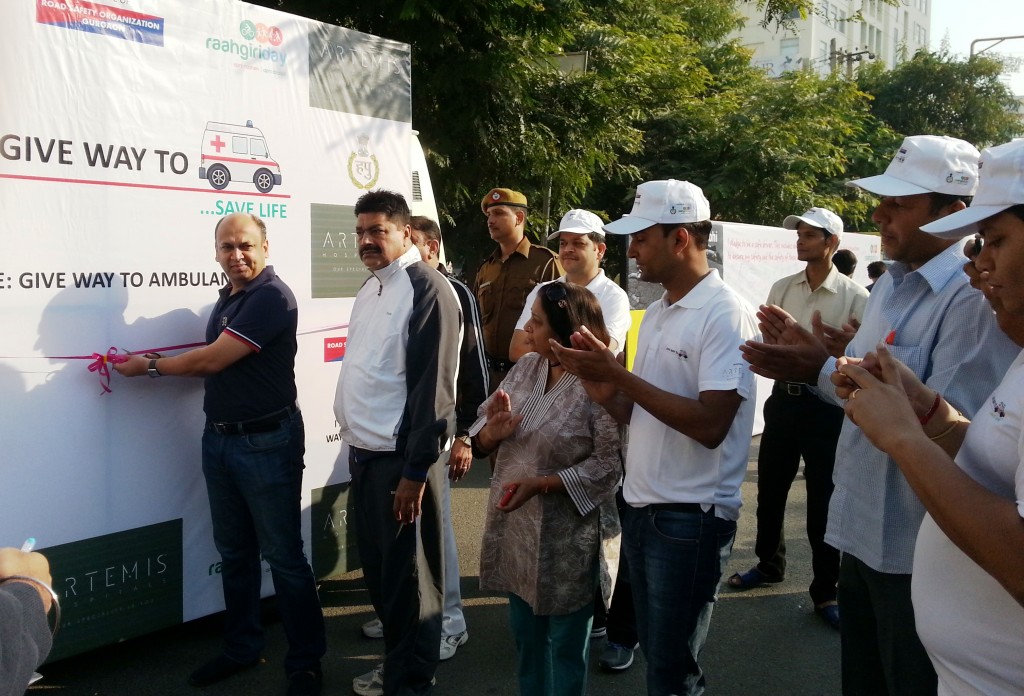 Watch Cyclovia: The inspiration behind Raahgiri day in Gurgaon