By Gangadharan MenononSep. 19, 2017in Environment and Ecology

Join us in exploring this little known ‘valley of flowers’ of Maharashtra, and the amazing work being done by conservationists and the locals in preserving the fragile eco-system of this World Natural Heritage Site in the Western Ghats, and in ensuring that the flowers bloom there for a long time to come!

Kaas is Maharashtra’s own Valley of Flowers. But unlike its namesake in the Himalayas which is accessible only after an arduous trek, Kaas is at an easily motorable distance. Just 300 kms from Mumbai, and a mere 40 kms from Satara. It is this easy accessibility that’s the bane of Kaas. And it is in this context that the conservation efforts of people like Dr. Sandeep Shrotri of Ranwata Society and Dr. Aparna Watwe, a well-known botanist and conservation activist, become extremely significant. Apart from getting Kaas included among the 39 World Natural Heritage Sites declared by UNESCO along the Western Ghats, they and their committed team are working day in and day out to conserve Kaas, and to sensitize the visitors and the villagers.

The Western Ghats is 1600 kms long, runs through 6 states from Gujarat to the peninsular tip of India, and is considered by geologists to be older than the Himalayas. It’s home to over 5,000 flowering plants, of which over 850 are found in Kaas alone, making it a botanist’s delight and a nature lover’s paradise. A report from Centre Terre had this observation to make about the ecological value of this biosphere:

‘This mountain-range is one of India’s hottest hotspots of bio-diversity, and was the focus of intense debate at the 36th Session of the World Heritage Committee consisting of the 21 member states of UNESCO. At the end of the debate, the Committee of the World Heritage Convention of UNESCO agreed to inscribe 39 sites along the Western Ghats as World Natural Heritage Sites of outstanding universal value. The meeting of the ministers and the government representatives of 189 member states of UNESCO gave a loud applause after the decision of the Committee for the excellent work done by the Indian delegation who put forward a convincing argument for the inscription, in the face of an unfavorable recommendation from International Union for Conservation of Nature (IUCN), an advisory body of UNESCO. It is the first time that India has succeeded in getting serial nomination for World Heritage Sites in cultural or natural or mixed category.’ 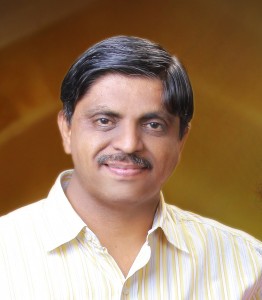 Here’s an excerpt from a note on Kaas compiled by the Biome Conservation Foundation:

‘A specialty of this plateau is the abundance of carnivorous plants: Utricularia and Drosera. Along with this, many rare ground orchids, Eriocaulons, grasses, algae, mosses and ferns are also seen here. This habitat supports diverse animals including insects, fish, frogs, lizards and geckos, snakes and rodents. Malabar larks, pipits and raptors such as eagles and kestrels are very frequently seen on the Kaas plateau. The vegetation on the plateau is mostly seasonal and grows in monsoon. Plants on Kaas plateau show distinct temporal changes with the onset and progress of monsoon. The peak of flowering occurs in September. However these species remain in dormant condition in this area throughout the dry months.

As seen from this, Kaas plateau is a unique representative plateau habitat of Northern Western Ghats and needs to be protected for its floristic and ecological characters. Biotic influence on the plateau was restricted to local grazing activities so far. But in recent years, there is heavy growth in the number of tourists attracted by the scenic beauty of the flower-clad plateau and the lake. Increase in trampling, and littering caused by tourists will have a very serious negative impact on the highly sensitive plant communities on the plateau. The adjoining plateau of Panchgani table land is totally destroyed by tourism. It is therefore necessary to take immediate protection measures for the conservation of this area which has recently been declared as World Heritage Site.’

The environmental activists, through sheer tenacity, and with unstinted support from the Forest Department, have succeeded in getting many of their demands met, though they are being implemented in phases. And sensitizing visitors to a list of definite Don’ts:

Dr. Aparna Watwe shared this note when I asked her about the team behind this laudable conservation effort:

‘Mr. Praveen Gowda, Deputy Conservator of Forests, has been managing the conservation efforts on ground since last year. He has really given his best, working closely with JFMC and other NGOs. He has implemented many suggestions made by researchers, and he deserves special praise for taking in these inputs. Mr. Hulle, who was RFO of this area last year, was also very keen on the preservation of this habitat and truly led the team efforts. But the real heroes of Kaas are the 20-odd members of the Joint Forest Management Committee from the four adjoining villages. I can only imagine the hardships they face on Kaas, standing there in the rain and the sun. It’s a shame that most tourists are extremely rude to them. In fact, none of the tourists realize that round the clock these volunteers are collecting the trash left by them, as well as preventing them from trampling on the flowers. This is something they have voluntarily taken up since the last two years. Of course they are paid daily wages, but their motivation is much deeper than economic gains alone.

Another person working quietly is Prerna Agarwal, a researcher from Pune. She has been studying the impact of tourism on Kaas vegetation, and finding novel solutions for the emerging problems. Since June 2012, she and her team of college students have been constantly monitoring vegetation, tourist movement, attitudes, and waste problems. They keep giving management suggestions to the field team, based on their research. Under her guidance, Apeksha Patil studied waste removal and disposal, and together they have evolved a system that drastically reduces the impact on the ecosystem. Social and ecological surveys were also conducted by Yatish Lele from Prerna’s team, and he is currently working out the future management options for the region. 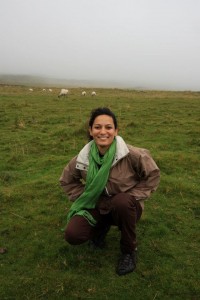 I have mentioned just a few names, but there are so many who are working namelessly. Most of the keen Kaas lovers do not even realize that there is a dedicated bunch of individuals from diverse backgrounds – urban, rural, government and NGOs – who are working seamlessly to make this ecological mission successful.’ Isn’t this a great initiative to take a leaf out of? Or at least a little, wild flower?