Scientist Returns to Promote Organic Farming In His Village If you ever visit Pennagaram village in Tamil Nadu border, you may come across forty-something Hari Nath toiling in his fields. You are most likely to brush him off as just another farmer unless you google Dr Hari Nath Kasiganesan. A drug researcher of global repute, he left his lucrative job as a high-profile drug scientist in USA to promote organic farming and traditional medicines in his village. His humility, which he professes to be inspired by his former supervisor Dr APJ Abdul Kalam, is rare to find in a dignitary of his stature.

Dr Hari Nath has worked for 12 years in the Defence Research & Development Organization (DRDO) in India before moving to USA, where he coordinated with top international pharmaceutical companies to discover patented drugs for cardiac ailments. He did not lack any comforts in his perfect life abroad until an incident motivated him to think otherwise. Fast forward today, Pennagaram is blessed with a true son of the soil who is incorporating his refined medical wisdom to transform the dynamics of rural farming.

“I was born into a family of teachers in a village full of farmers.”

Brought up by his mother after his father’s death at a very young age, Dr Hari Nath was exposed to farming right from his childhood. Moreover, the proximity of a forest from his village helped him enjoy a “very lush green childhood”, as he choose to describe it, in an exclusive conversation with The Logical Indian.

After completing his Masters from Chennai, he worked briefly as a lecturer in CMC, Vellore. He joined DRDO in 1993 as a senior research fellow in the Defence Institute of Physiology and Allied Sciences, where he was assigned to research on the health of the soldiers working in extreme environments. During that period, Dr Hari Nath fondly recalls, “I was lucky to have personally interacted with Dr APJ Abdul Kalam on many an occasion. His magnanimous personality had an awe-inspiring effect on me or anyone who stood near him.” During his days in the USA

In 2005, he shifted to USA to join the faculty of Medical University of South Carolina, Charleston. For a decade, he worked as an eminent drug researcher in Cardiology. “I have published numerous papers and have many patents on the drugs I discovered,” shares Dr Hari Nath.

“After a point, I realised that most of my research was not penetrating into the lives of those who needed it the most. I was merely adding to the profits of corporate pharmaceutical houses,” preludes Dr Hari Nath, while narrating the personal incident that compelled him to rethink. Back home, after his retirement, Dr Hari Nath’s mother was diagnosed with advanced Arthritis and Spondylitis. As per the standard medical procedure, her physician prescribed painkillers, which failed to remove her pain. Instead, she developed gastric ulcer due to their side effects.

After that, topical painkillers and painful intravenous injections were administered regularly, but she stopped responding to all these drugs. “Her condition was getting worse day by day. I was in the core medical field myself, it pained me to see that I am failing to take care of my own mother,” shares Dr Hari Nath.

He started looking outside conventional treatment methods and came across a review article about the health benefits of Moringa oleifera (drumstick leaves), which found mention as a medicine in local folklore. “Upon my suggestion, my mother started drinking boiled Moringa juice every morning. She was completely cured in no time,” he said. With a hearty laugh, Dr Hari Nath says that his mother now plans to build a temple for Moringa trees.

Soon after this, he decided to return to his village permanently and start a societal mission to spread awareness about traditional herbal medicines and organic farming.

Before moving back in January 2015, for two years, Dr Hari Nath did extensive research in London on organic farming.

With his mother’s encouragement, he bought a plot of land and ensued chemical-free cultivation of grains, herbs, fruits and vegetables. “I travelled across Tamil Nadu identifying rare and forgotten varieties of rice like mapillai samba, kichili samba, karung kuruvai and vasanai seeraga samba which have high medicinal potency. These have found mention in Siddha literature (ancient Tamil medicinal doctrine). I started growing these in my farm alongside Moringa, curry leaves, Amla etc,” he narrates. 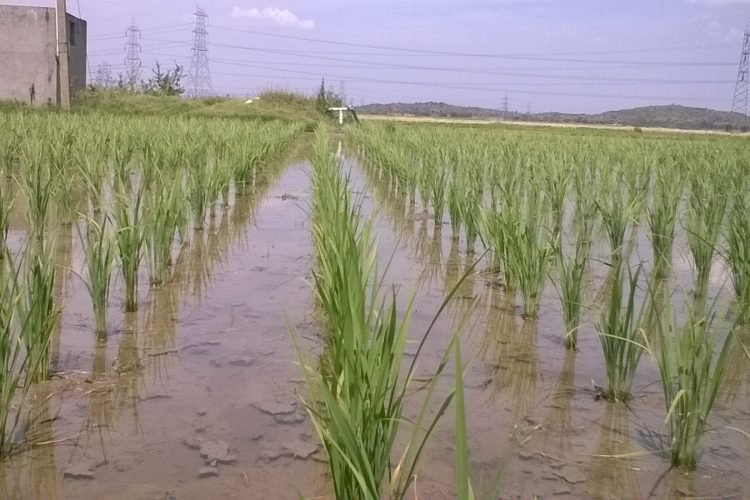 He grows rare and traditional varieties of rice

In addition, he has prepared the Moringa bullet, a nutraceutical product made with Moringa extracts, alongside other traditional herbal concoctions. The Moringa bullet has worked wonders for many locals suffering from Arthritis, Diabetes, Anaemia or High Blood Pressure. “I wish to put our local folklore under the scientific parlance. I have submitted some of my natural medicine samples to the DRDO for further research.” 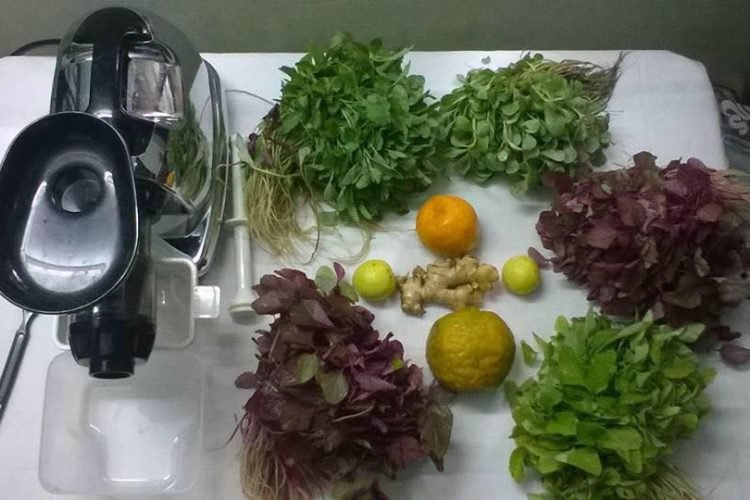 Today, he and his family members reached out to the local farming community through women’s groups and farmer’s markets, spreading awareness about organic farming. He has also established an institute near Chennai that teaches about agricultural medicine.

Why we should switch to organic food

“A packet of urea says 45% urea, do you know what the rest 55% is? Nothing but chemical fillers that completely erase the soil microbial population. When we eat the crops grown in such soil, we are becoming nutritionally deficient. The shops sell bigger and colourful hybrid vegetables by branding them as ‘farm-fresh’. But nobody understands the amount of toxin entering their body when they eat these.” Dr Hari Nath expresses with concern.

“I remember once I donated traditionally milled gingelly (sesame) oil from my farm to the local temple for a community feast. The priest was doubtful about the oil’s purity since it didn’t have the bright golden tint like popular oil brands. He was shocked when I revealed to him how synthetic toxins bring that golden tint.” 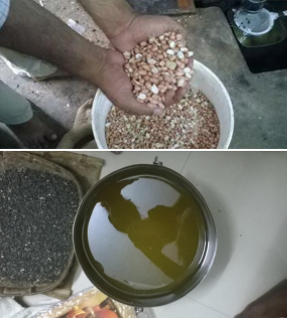 He goes on to explain the beautiful symbiosis of nature and human that has persisted over thousands of years of evolution, and how uncontrolled use of chemical fertilisers, pesticides and weedicides is destroying this ecological balance. The plants acquire over 100 nutritional elements from the soil, in a synchronised exchange with the soil microbes. Also, the soil microbes assist in the immune defence system of the plants, negating the need for synthetic pesticides. On consuming these plants, humans are benefited with wholesome nutrition.

He adds, “Organic crops activate the detoxification system in your body that drains all those harmful chemicals you have ingested so far.” “Even a small child can tell organic vegetables from conventionally farmed ones. You see, the basic difference is the taste” Dr Hari Nath reveals.