Border village in Rajasthan looks up to the sun 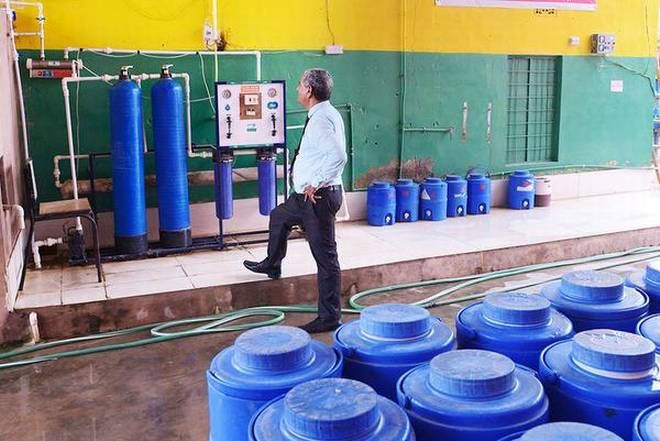 The reverse osmosis plant and gymansium that run on solar power at the Anupgarh tehsil of Rajasthan.   | Photo Credit: V.V. Krishnan

Is the largest solar installation in a village, in Rajasthan

A quaintly-named village APD 24, in the Sri Gangnagar district, which abuts the India-Pakistan border and is home to several archaeological sites from the Indus Valley civilisation had, over the years, resigned to salty water. Were it not for the Ganga canal, a 90-year-old segue from the Sutlej and lifeline for several villages here, it would have fallen on the other side of the Radcliffe Line, the boundary that demarcated India and Pakistan during Partition.

Over the years, however, local officials say the canal’s water has been beset by pesticide pollution from the upper stretches of Punjab. Hope is on the horizon as a recently installed 20 KW solar plant, set up as part of the local village cooperative’s initiative, may change the region’s fate. 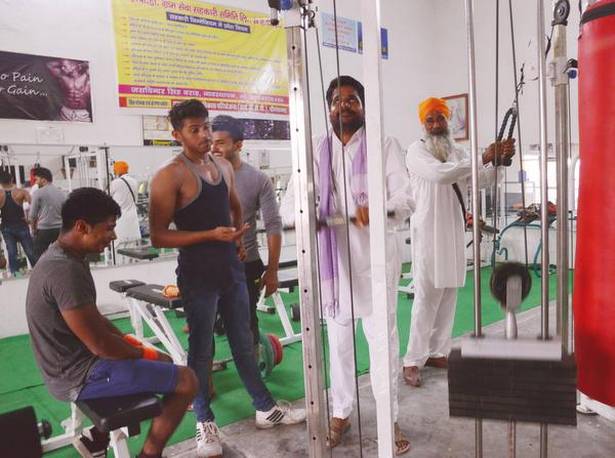 Rajasthan has long been at the centre of India’s stated bid to move to a solar-powered future. Installations to generate 2,000 MW are under way at Bhadla in Jodhpur, over a 10,000 acre expanse off the Thar desert. However, solar structures in places such as APD 24, which are micro-solar installations and backed by village-led cooperatives, epitomise the adoption of solar power in India, say experts.

Last month, a survey by the think tank, Council on Energy, Environment and Water, found that 70% of the new jobs in the solar space would be in the labour-intensive rooftop solar segment, which tend to generate “seven times more jobs” than large-scale projects such as solar farms, which are more typically associated with India’s solar push.

As part of its commitment to dealing with global warming, India has agreed to install 1,75,000 MW of green power by 2022, nearly 60% of which is expected to be borne by solar energy. Only about 15% of the target has been installed so far.

At APD 24, where about 4,000 residents make a living mainly by farming cotton, jowar and dairy, the new rooftop solar installation powers a gym and the local ‘supermarket’ — a complex of rooms the size of a rail coach, which houses everything from pesticides to confectionery — and is the source of a minimum of 2,500 litres of chilled water a day. “Cooperatives have usually been sources of farm loans but this was a novel idea and we decided to try it out,” said Balvinder Singh Gill, General Manager, Integrated Cooperative Development Project.

About 160 canisters of 15-20 litres of water are sold at ₹10 each every day, with demand peaking around festivals. “About half the demand comes from the Border Security Force (BSF) personnel, who now have a cheaper option for sourcing cool water,” said Jasvinder Brar, who runs the outfit.

Mr. Brar spent around ₹8 lakh to install the solar panels on his rooftop, which totally spans around 2,000 sq. ft. and was helped by a State and Central government subsidy of nearly 30%. “The salinity content is nearly one-fourth of what it used to be and the savings in power are also apparent,” said Mr. Gill.

There is no battery back-up or dedicated storage. Power also flows from a conventional meter, which keeps switching with the alternative source, and surplus solar power flows back into the grid.