The tribal school of Kechala

By Rishin Chakraborty on Aug. 17, 2017 in Learning and Education

The school is popularly known as Kechala school, by the name of the reservoir while the official name is Auromira Vidyamandir. It is a fully residential school in Koraput district of India’s Odisha state. There are currently 117 children from adjoining villages, primarily tribal and speaking four different dialects. It is absolutely free of cost and runs on donation. It has been now nine years since the school was started by Pranjal Jauhar, who’s connected with Sri Aurobindo Ashram, Delhi. He bought this piece of non-tribal 75 acres land in 2004 and started the school in 2008. He himself is a teacher here and keeps travelling between Delhi and Kechala, managing both places well. Teachers from Mirambika and Mother’s international regularly visit this school, stay and teach here. The school is open 365 days- not even off on Sundays. The teachers do get one and a half month leave but are supposed to avail it in turns, this is something I heard and saw for the first time in an Indian school. I knew about South Korean schools where they have a punishing schedule of up to 16 hours a day, 7 days a week. I realized that Kechala school’s daily, weekly, monthly and annual schedule has weaved in multiple out-breaths. Their learning mainly happens from the life chores that they do from the time they rise till they sleep. They celebrate all types of festivals in full vigour. Every alternate year, the children go on excursion to other places for up to 45 days. There are no roads, electricity, public water supplies and almost no mobile network, the place is as remote as you can imagine. The campus has solar and wind power. To cut down on power consumption, they haven’t put any fans. We were quite surprised to note that in the beginning but by the evening, we didn’t feel the need as the air had substantially cooled down. Our journey to that place was full of adventure. Some last moment planning with the school people didn’t help much and only led to confusion. We took a Bolero ride to Pondy ghat from Koraput station, it was Rs500 for 14 kms of bad road which isn’t a bad deal at all, considering we were 7 people — me, my wife Rajni, our two kids, Siddharth, Pintu (my colleague in Mindtree) and his wife Aparajita. Pintu and Aparajita got married this March and invested all the money of the wedding proceedings to set up a library in Chandrashekharpur; now it is also supported by Bakul Foundation.

We were assured that a boat would be waiting for us at the ghat but when we reached, there was no boat, no human being and not even an animal. I panicked and reached for my mobile phone but there was no network, all of our mobiles were out of network. The driver had a BSNL phone which he said might work, that’s the only operator supposed to work there. Unfortunately, that too didn’t work. We then said goodbye to the driver with a message for the school people about our arrival which we asked him to deliver the moment there is network. He did pass on the message but it took a while for the boat to arrive. Although, we were stranded for good two hours with half a bottle of water and no food, we didn’t quite feel the wait. The place was abundant with nature. Siddharth and I started exploring the place for help. After a km walk, we met a farmer couple who told us that there would be a boat coming at 2 pm, it was already 12. After a while, we saw one mini truck coming over with loads of manure sacks. Upon asking they said it was meant for the school and that one boat is expected, we felt quite relieved. Finally the boat came around 1 p.m. A young lady speaking good Hindi mixed with few English words asked the truck driver to drop her to town hospital. Later when we checked with the boatman, he said that a young boy broke his finger when he fell off a tree and the lady, principal in charge, was going to see the boy.

We were all supposed to cross the lake at one go, including the sack loads. They comforted us by saying that the motor boat can actually carry 200 such sacks so there is no need to worry. It took them a while to load the sacks in boat. Siddharth and I made good use of the time by taking a swim in the reservoir. The 30 minutes boat ride gave us a good view of the place. The terrain is a mix of hills, forest, vegetation and water. When we reached the other side, I tried walking barefoot as I had mud on my feet but with gravels, I had to slow down and finally gave up after two hundred meters. Later, I found children walking quite effortlessly on the gravels, and not just walk, but run. They could climb up rocks, hills and trees easily. We reached our rooms by 3 pm after the boat ride and a good 1 km walk; we were terribly hungry after the morning adventure. The campus is scattered, one must walk a lot. From our rooms, the dining area was around half a km and the school about one km. The children helped in carrying load when the boats arrive. We had a hearty meal and were then offered some home-grown mangoes which were delicious. We asked for more and they didn’t deny. Their diet is very healthy, vegetarian, locally grown grains and vegetables. They eat a lot of seasonal home-grown fruits, this was the season for mangoes, litchis, jamuns, jackfruits and chikoos. The children along with adults take care of these orchards, garden and whatever they grow there. They are almost self-sustained. At around 4 pm, we saw the children going for a swim. The girls said there was a swimming pool, we were excited to join them. After about a km walk, we came back to the lake shore and found some young children coming back. On being asked where the pool is, they referred to the lake. We found Pranjal also swimming with the kids, this shows how he is immersed in the whole journey. He later said that some kids can cross the 1 km lake to the other side which is up to 75 feet deep!

There were extra sessions before dinner. Some of the older children had appeared for 10th class exams last year and did well. I saw these kids in their mid-teens practicing lessons for their upcoming 12th grade open school exam. Younger children played flute and sang folk songs along with teachers. I observed a lot of discipline here, breakfast is served exactly at 7.30 a.m., lunch at 12.30 p.m., snacks at 5:30 p.m. and dinner at 8.30 p.m. The older children and teachers help with kitchen work such as washing vegetables, peeling and cutting them. Everyone washes their own dishes. They have kept the place very clean. Dusting, mopping and cleaning of toilets are also done by the children. The school has some pets such as dogs and a parrot that lost its wings because of a burn injury; children take care of the pets. At night, one of them takes the parrot inside room. I didn’t see any trace of aggressive competition in children. Another visitor, who had spent 3 weeks in the school, told us that she was amazed by the camaraderie that they share. Some visitors bring gifts and offer it to the children — they wait for others to come before consuming. With nothing much to do after dinner, we retired. I had a good sleep and guess others had too. There are concrete buildings without any fan but a lot of air through the netted windows at night and lot of light during the day. We got up with the daylight. Rajni volunteered in the kitchen to make fried rice for breakfast. All of us had our next round of mangoes. The day begins with the children doing certain physical activities; some go out and play in the ground, some indulge in music, play flute, sing classical and folk songs and others practice their lessons. All of the children looked fit, none of them were obese. Some were thin but not sickly. The classes begin at 8:30. We went to the school and moved from one class to another. Children wore comfortable dresses, no uniform.

There weren’t any bells and non-teaching staff. Most of the younger children were singing songs and rhymes while the elder ones seemed to be on self-learning mode. The teachers would visit them for few minutes, ask them if they faced any problem and would leave if there isn’t any. They also played indoor games. The rooms were spacious and naturally lighted. The school has a huge library and the collection of books is one of the best I have ever seen. They have national geographic magazines from the1960s. 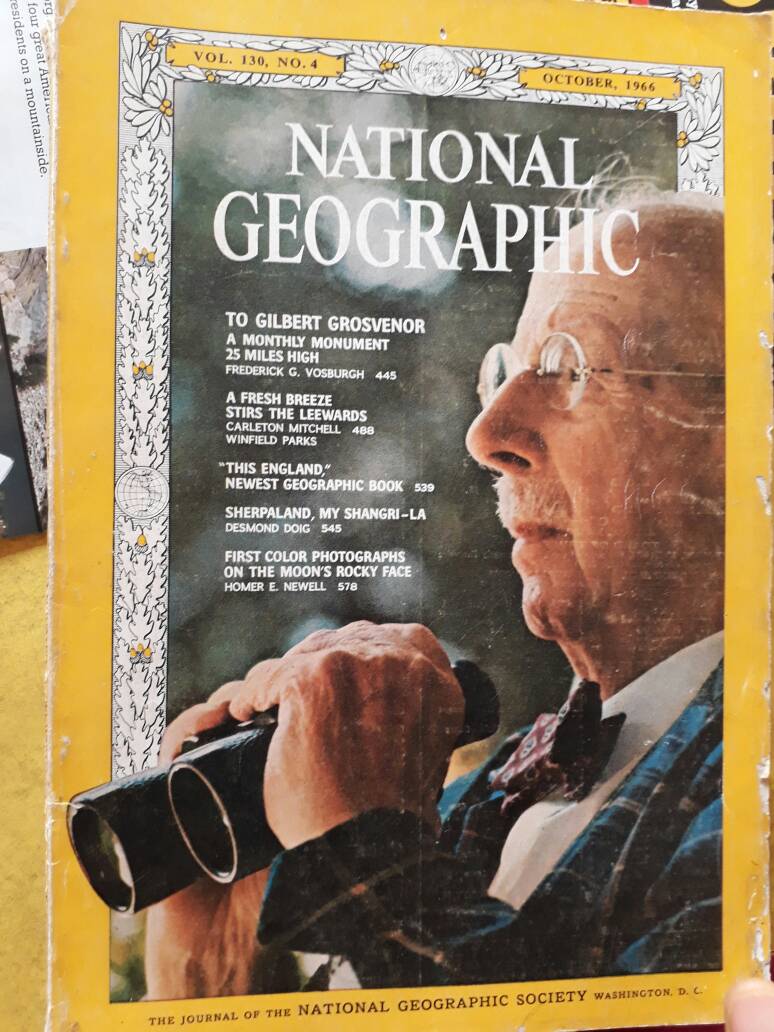 Most of the teachers speak in English with the kids. Pranjal has a ‘my way or highway’ stand on English as the medium and speaks only in English. The kids have indeed picked up good English and don’t shy away from conversations. The children have huge respect for Pranjal and they abide by his words. I remembered a line from Rabindranath Tagore’s book called Rajkahini, “Jemon bhoy kore, temon bhaalo o baashey” (“they love him as much as they dread him”). The elder children are friends with him and he plays the role of a counsellor for younger children and villagers. The elder ones also teach the young ones. The girls can do everything that the boys do and much more. The older girls looked fiercely independent — one girl gave us a ride from the school to dock in a moped, a good 2 kms away.

When we enquired Pranjal about what the children aspire to be, he said,”There is only time for perspiration now and no aspiration, they will do what they have to do; how can I say! The collectors and senior government officials have been visiting in the past and are extremely supportive.

We left Kechala school with a deep wish to come back for a longer stay.