Our world is in need of the Mahatma’s teachings: Dalai Lama

By Elizabeth Roche, Shalini Umachandran on Feb. 27, 2020 in Perspectives 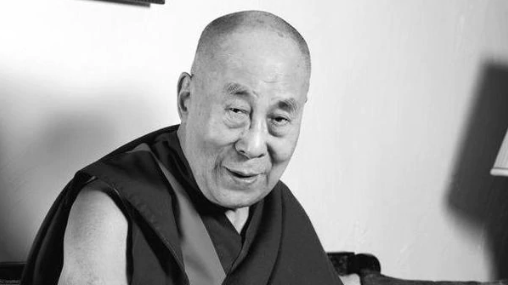 Violence may be a sincere motivation, but it is wrong. Violence is mutual destruction, says Dalai Lama

To mark Gandhi’s 150th birth anniversary, the Dalai Lama spoke to Mint about the continuing relevance of Mahatma Gandhi and the ideas of non-violence and kindness

For decades, the 14th Dalai Lama has said that kindness is the only religion, and that differences can be put aside if people see themselves as belonging to a larger world community. Gandhi’s words, as well as the teachings of Buddhist masters, have guided him, he says. While accepting the Nobel Peace Prize in Oslo in 1989, he said it was “a tribute to the man who founded the modern tradition of non-violent action for change, Mahatma Gandhi, whose life taught and inspired me”. To mark Gandhi’s 150th birth anniversary, the Dalai Lama spoke to Mint about the continuing relevance of Gandhi and the ideas of non-violence and kindness.

What is it about Mahatma Gandhi that continues to inspire you?

He was the most influential person of the 20th century with his idea of non-violence, ahimsa. He took a 3,000-year-old Indian tradition of ahimsa and karuna (compassion) and made it something living and relevant. He made it relevant by fighting for India’s freedom through non-violence—that’s great.

At that time, some people may have felt that Gandhi’s non-violence was a sign of weakness, but non-violence under difficult circumstances is a strength, not a weakness. As far as I know, Nelson Mandela totally followed Mahatma Gandhi’s way. As did Martin Luther King (Jr).

Personally, since childhood, we often heard about “Mahatma Gandhi of India”. On one occasion in a dream, I met Mahatma Gandhiji (chuckles). We didn’t talk, just his face (appeared). In winter, I stayed in the Potala Palace, in summer in the Norbulingka Palace. So once, during winter in the Potala, in my dream, Mahatma Gandhiji appeared. Not like in the pictures but a real Gandhi (laughs).

What is the relevance of Gandhi’s ideas and non-violence today?

It is quite simple. Now, many scientists say basic human nature is compassionate because we are social animals. In ancient times, the community meant your own family and your own village; in the modern sense, community is the whole world. The world is the same human community. If you think of that, non-violence is very relevant. As individuals, our future and our prosperity depends on the world community, on all communities.

We Tibetans consider India our sacred neighbour because the Buddha dharma came from India. I jovially tell people, traditionally, for thousands of years we considered Indians our guru, and we were the chela (disciple), the very reliable chela. In the guru’s own land, the Nalanda tradition has been seeing many ups and downs. During these periods, we, as the reliable chela, kept the Nalanda tradition intact.

Previously, you were the guru and we the chela; now I think it’s different (laughs). You have forgotten the Nalanda tradition, but we’ve kept it alive. Here in exile, we have our own organized community and have re-established all those historical monastic traditions in this country. So now, one of my commitments is to revive the ancient Indian knowledge of ahimsa and karuna, not through prayer but through training the mind and emotion.

Do you think Mahatma Gandhi was an influential guru or a humble chela?

First, he was a chela of India’s thousands-years-old tradition. Then, many millions of followers came along and they considered Mahatma Gandhi a guru

Do you think Gandhi was influential because he never thought of himself as a guru but as a chela?

Completely agree. That’s true. Frankly speaking, I also have many followers. I have always considered myself a simple Buddhist monk. The seven billion human beings in the world are the same mentally, emotionally and physically. This conviction brings a sense of oneness with seven billion beings. Some Lamas, including some Indian gurus, they feel they have something special (laughs).

I, too, face some danger of people praising me too much. Then, at that time, you must tell yourself, “You are a humble follower of Buddha.” That’s very important. If you yourself become a slave of destructive emotion, how can you teach other people?Dalai Lama

So do you think weakness is part of greatness?

This is quite a philosophical question (laughs). It is important to know your own weakness. Then you can improve. If some Tibetan and Hindu Lamas consider themselves great, it is important to test, to criticize, to tease them. If they still remain completely calm, that shows they truly practice or implement what they teach other people.

Today, how do people live in simplicity, with older traditions, without ego or anger, when there is so much inequality and distraction due to technology?

Modern education came from the West, introduced by the British. This system does not know how to tackle emotional problems through meditation. Modern education is oriented towards material wealth. So, when people face anger, hatred, fear or jealousy, they do not know how to tackle it. India must revive ancient knowledge through analytic meditation to reduce destructive emotion, and increase constructive emotion.

Was Gandhi a link between the ancient and modern?

Gandhiji totally dedicated himself to non-violence but I don’t know how much he contributed to combine modern education and ancient Indian education about the mind. Gandhiji was a very practical person and educated in England. He was committed to ahimsa, but karuna (compassion), I don’t know.

How do you make Mahatma Gandhi, 150 years after his birth, relevant today? The younger generation only sees him on Indian currency notes…

(chuckles) The world needs Mahatma Gandhiji’s teachings and practice of non-violence. Many problems in the world today are of our own creation. Whenever we see a problem, our first reaction is to ask how to tackle this by force. That’s totally wrong. Violence may be a sincere motivation, but the method is wrong. Violence is mutual destruction. In human history, the weapon has become very important. That is the outdated way. One nation cannot eliminate the rest of the nations who are not very friendly with it. Whether we like it or not, we have to live side by side—that’s the reality.

A modern education is very much oriented towards material wealth—that’s not adequate. How to tackle anger, fear—these are not religious matters, these are a question of health of the mind of the human being. Education should include education about peace of mind, not based on religious faith but on common sense.

Mahatma Gandhi preached ahimsa and you talk of kindness. How are the two different or similar?

I don’t know. You should examine. But sometimes, I feel my work is more at a mental level, his was more at an action level (laughs). I’m a student of the Nalanda tradition. From childhood, we learn logic and psychology.

Do you think Mahatma Gandhi was more of a politician or a spiritual leader?

After he returned from England, Gandhi started the non-violence movement in South Africa. This was purely a moral and spiritual issue. Then he came to India, and practised non-violence. In India as he himself is an Indian, maybe there was some political implication. In South Africa, it was pure theory and philosophy; he was a spiritual leader.

I always consider myself a follower of Mahatma Gandhiji. In the philosophical field, my knowledge may be better than Gandhiji (chuckles) because we study from childhood the Nalanda texts, which deal with quantum physics. When I have discussions with scientists on quantum physics, I respect them, but mentally, I feel I know better (laughs). Quantum physics clearly explains the differences between appearance and reality. In order to tackle our destructive emotions such as anger and extreme attachment, we need to understand this gap—that nothing exists objectively as it appears but is entirely dependent on the observer.

Like Gandhiji, you have faced great challenges in your life in the pursuit of your objective. How do you remain an optimist?

First, I consider myself one of seven billion human beings. I see no difference. Chinese, Tibetan, Indian, European… We are the same, emotionally, physically, mentally. On that level, my commitment is to try to promote peace of mind among seven billion beings, to offer compassion or karuna, strictly secularly, not based on religion.

My second commitment as a Buddhist monk is promotion of religious harmony. I have full confidence that religious harmony is possible. Look at India. For more than 2,000 years, so many religions from outside have lived together alongside the home-grown traditions. There are little problems, but that’s mainly because politicians manipulate; but basically, religious harmony is very much alive here.

I always tell Tibetans, it is much better to keep Chinese as our brothers and sisters than consider them as our enemy—no use. For the time being, there is a problem with the Chinese neighbour, but that is a few individuals in the Communist Party. A number of Chinese leaders now realize that their 70-year policy regarding Tibet is unrealistic. There was too much emphasis on the use of force. So now they are in a dilemma: How to deal with the Tibetan problem? So things are changing. I think within one or two years, there is a possibility of me visiting China. But I love freedom and I enjoy India’s freedom. Indian freedom over 60 years has spoilt me (laughs).

Is there a link between the conflict in the world and the way we live?

The source of the problem is a self-centred attitude. The antidote is altruism. With greater altruism, the self-centred attitude reduces. This attitude brings anger, hatred and fear. Science has found that the basic human nature is compassionate. Our basic nature is to be social, appreciate the other’s kindness, smile. Live in kindness.

You said at the start of the interview that you saw Gandhi in your dream. If you were to really meet him today, what would be the first thing you would say to him?

I very much want to meet him, and first, touch his feet. Then, I think he may have some idea about how to deal with China.