By Vikalp Sangam Core Group*onDec. 06, 2019in Economics and Technologies

We congratulate the people of Ladakh for getting a Union Territory status, although we do not endorse the means used by the Government of India to give it this status, especially because of its implications for the people of Kashmir. The people of Ladakh, especially in the Leh district, had been demanding UT status for over seven decades largely because their aspirations were long ignored by the Jammu and Kashmir Government. They were subjugated, short-changed, and were consigned to perpetual servitude by Kashmir-centric politicians and the Dogra rulers for over 180 years. Therefore, this new status has the potential for political and economic emancipation of the people of Ladakh. However, UT status without legislature, or adequate constitutional safeguards to protect the unique cultural identity and fragile ecosystem of Ladakh, may jeopardize the prospects of ecologically sustainable economic processes for genuine well-being of the people of the region.

Ladakh, the crown of India, is a land with a unique social and cultural mosaic evolved over centuries. The people in the region have a distinct ethnic identity, language, value system, traditions, and an extraordinary way of life suffused with profound spiritual or religious principles in tune with the natural surrounds. Leh district with its Buddhist heritage and Kargil with its Islamic heritage are part of Ladakh’s rich diversity. 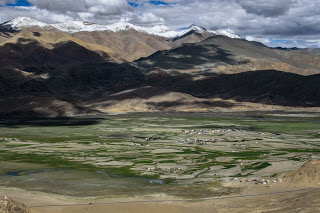 Ladakh also has breathtaking natural beauty, and is a geological marvel; but it is also ecologically very fragile. Being at the boundary between the Palearctic and Oriental biogeographical realms, it has unique flora and fauna. Over 90% of the Trans-Himalayan biogeographical zone within India is located in Ladakh, and harbours a high diversity of rare Pleistocene mammals like the wild yak and the snow leopard. We might lose many of these species, and other crucial elements of biodiversity, if the landscape is not protected from the clutches of the kind of modern unsustainable development that has impacted the rest of India. Fortunately, Ladakhi people have been at the forefront for centuries when it comes to frugality and conscious use of resources, and they have been the torchbearers of sustainable living. But further unregulated growth of tourism (already causing many problems) and influx of businesses which are not mindful of the fragile nature of the high altitude ecosystem could destroy the fine balance Ladakhis have achieved. 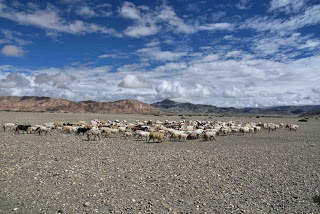 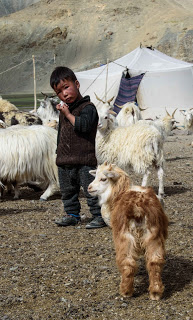 Therefore, we strongly support the demand that has emerged from a majority of the Ladakhis, that the Government of India include Ladakh in the Sixth Schedule of the Indian Constitution (with the Ladakh Autonomous Hill Development Council also having control over land, natural resources including minerals, tourism, and development policy), so that the land, culture, environment and the economic interests of the people can be safeguarded for current and future generations. Corporate giants have already begun exploring the area for business opportunities (including in tourism) and prospecting for minerals and other natural resources. If they are given an open access, Ladakh will be damaged beyond repair, and India will lose a unique land and culture. Additionally, we strongly recommend that the villages of Ladakh be empowered under the Fifth Schedule of the Constitution, including the application of the Panchayat (Extension to Scheduled Areas) Act to empower gram sabhas and not only panchayats. This is essential for local self-governance, and for the people of Ladakh to be involved in a direct and day-to-day basis in determining their present and future. Both the 5th and 6th Schedules should be easily applicable to Ladakh given that more than 90 percent of the population are of Scheduled Tribe status. Additionally, the Scheduled Tribes and Other Forest Dwellers (Recognition of Forest Rights) Act 2006 should be expediently applied, especially to enable pastoral and other ecosystem-dependent communities to secure collective rights over landscapes essential for their livelihoods. Furthermore, without such safeguards and a clear mandate for the people of Ladakh to determine their own future, the government might run the risk of alienating them. The decades-old trust of the people in the Union of India and their hopes will be shattered. This would be unfortunate, as the Ladakhis have always been manning our borders like a bulwark, living under some of the most difficult conditions with limited infrastructure and bare minimum resources. They have always been loyal to the Union of India since independence, and put their lives in danger during all the wars in the region; they have even tolerated the massive impact of the armed forces presence across Ladakh. Thus, the interests and aspirations of the people of the region, and the environment they depend on, need to be honoured and fulfilled. Finally, and in a long-term perspective, it is crucial that India step up its efforts for dialogue with China and Pakistan, to resolve differences in a way that the people in the border areas can thrive, be freed from constant tension and conflict, and be able to govern for the benefit of their future generations and for nature.

We once again congratulate the people of Ladakh, and wish them luck with evolving a path of sustainable well-being in sync with the region’s nature and culture, and building on the best of the past, in its new legal status.

* The Vikalp Sangam Core Group (VSCG) is the coordinating mechanism for the Vikalp Sangam process (www.vikalpsangam.org), which aims to network movements, organisations and individuals working on alternatives to unsustainable, inequitous development.

See the list of organisations and individuals constituting the VSCG in the Vikalp Sangam Handout note (/wp-content/uploads/migrate/vikalpsangamhandoutnote9sept2017.pdf)