Partha and Rekha, who left their city jobs to become organic farmers, are now working to spread awareness on organic produce and make it accessible for all. 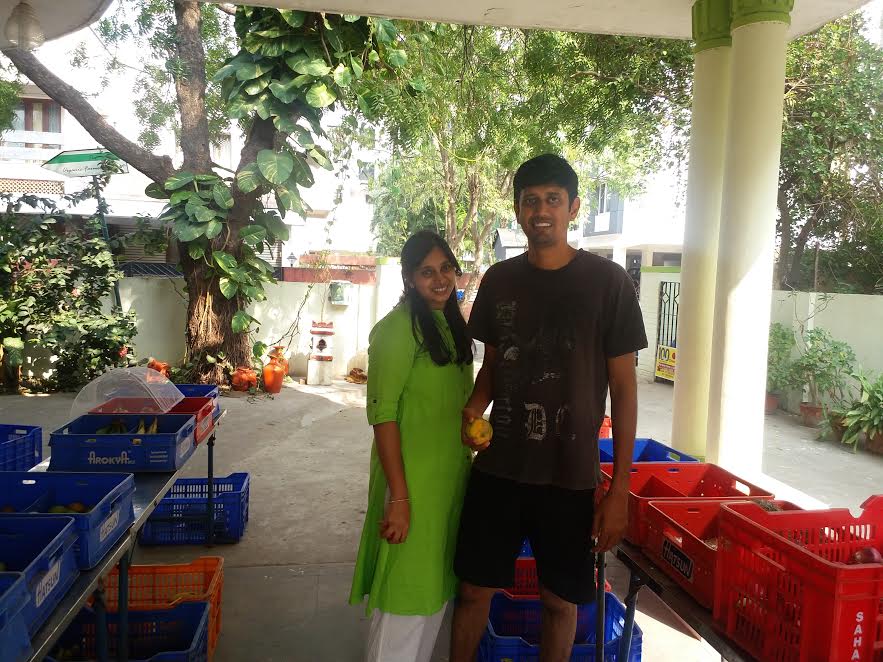 If you ask a farmer if they would like their children to take up their vocation, 90% would say no. A majority of farmers dream that their children will find a salaried position rather than getting involved in the physical drudgery that is a part and parcel of farming life.

The government claimed it would build interest in agriculture among the youth through a programme called ARYA (attracting and retaining youth in agriculture), but failed to do much other than hold a few seminars and publish information booklets.

While it is true that farmers are frustrated and the area of cultivable land is decreasing, agriculture may be getting a new start. Over the past few years, a number of young people born and educated in cities are trying their hands at farming.

Partha and Rekha, a couple, are a good example. Both are well-qualified and were working in a big city getting good salaries. But they were not satisfied with their work and worried by the regular illnesses that affected their only child. Based on advice from their family doctor to start eating organic food, the couple decided to leave their jobs and take up farming as full-time profession.

Since both were from traditionally agricultural families, access to land and crop-growing techniques were not difficult. But marketing their produce posed a big challenge. In their search for more information, they came across an organisation called Restore which buys and sells organic food.

Restore is headed by Ananthoo, who left a high-profile job in Switzerland to take charge of the organisation. They started only as suppliers of greens and rice. Today, it has a team of 16 young people, all professionals who have either left their jobs or are working with the organisation part-time.

Most of them have established their own shops across cities to market organically-grown produce. The team regularly send messages to their customers on social media, informing them about what is available.

The organisation also has a small team that visits farmers, checks their credentials and keeps an eye on whether their products are organic or not.

“A lot of our products are cheaper than the inorganic equivalent in supermarkets, since our overheads are low. Also, we don’t stock any brands and are not heavily dependent on any brands to supply us with the food, since we want complete traceability of the produce. Our customers are encouraged to find out which farmer had grown the product for them,” says Partha.

With Restore as a base, the team went on to start a marketing channel called Organic Farmers Market (OFM). OFM focuses on bringing down the prices of organic produce, so that all sections of the society can buy healthy food.

“We ensure that we eliminate the middle man by getting the organically-grown produce directly from the farmers and cooperatives. We try and ensure that the largest chunk of the money goes to the farmer,” says Radha.

OFM does not pressurise the farmer into ensuring deliverables are met. When there is a set requirement, farmers tend to indulge in inorganic practices and chances are that the vegetables can get adulterated. OFM only buys whatever the farmer has. If the farmer has very little of one vegetable and more of another, then that’s what they sell, buying whatever is available in bulk.

All 16 members make it a point to visit at least two farms in a month and spend the whole day with the farmers, so as to make sure that no pesticides are used. The team also says that the time spent with farmers has helped to know them and their work better.

Since the members are in direct contact with the farmers, the chances of adulteration and chemical usage are quite low.

“We ask the farmers what prices they want to sell at and accept whatever price they quote. So sometimes the price could differ according to where it comes from,” says Partha.

The collective also ensures that the farmers are paid immediately, with no delays, and prefer to work with small farmers as they can make a bigger difference to their livelihoods.

OFM also makes sure that they procure native vegetables and don’t pressurise the farmers to grow any crops unsuitable for the weather.

“Even with rice, there are different kinds that grow in different seasons and we sell accordingly. Our customers are also open to trying different kinds of rice every season. We strictly don’t sell hybrid rice since we hope to save some of our traditional varieties by building a demand for it. Also our varieties have much more nutritional benefits,” says Ananthoo.

Big corporate organic brands invest a lot of money on advertisements, packaging and branding. OFM, on the other hand, does not spend any money on this, while succeeding in making healthy organic food available to all.

They have also been working on generating rural employment. For starters, they have revived a women’s self-help group in Partha’s village Pandeshwaram, about 12 km from Chennai. These women are now engaged in making nutritious organic value adds, which are then passed on to other organic outlets in the city. Some of the things they produce are wheat flour, multi-grain mixes, millet flour, groundnut barfis, pepper vadas and other traditional snacks.

In addition to OFM activities, the couple also wants to focus on reviving the community in their own village and hopes to make it a successful model that could be emulated elsewhere. Some of their initiatives include restoring local water bodies, career counselling for children and soft skill coaching.

They believe that there is a need to establish a platform to enable sustainable livelihoods for rural communities.

“There is a need for more number of organic shops to come up all over the country so that the awareness is more among consumers. Also, some of them think organic produce is expensive and is not affordable to the common man,” says Ananthoo.

First published on The Wire