A Room with Many Views

This Kochi collective is using poetry, philosophy and politics to forge a new narrative 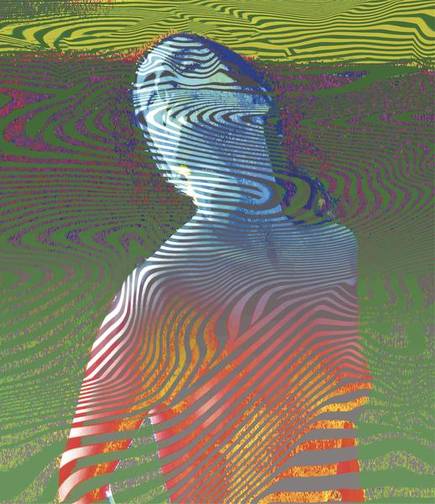 Dozens of conferences are held across the country, addressed by first-rate minds, tackling urgent issues, producing fine papers. So what’s different about this one? The first intriguing thing about the Backwaters Collective is its raison d’etre — its founders speak of wanting to retrieve Indian traditions in a way that speaks to the present without glorifying the past. The second unusual aspect is that it has largely stayed under the radar for nine years now, despite counting among its regulars such stalwarts as Ashis Nandy and the late U.R. Ananthamurthy.

The four-day affair, held in Kochi in July each year, rather dauntingly describes itself as a conference on metaphysics and politics, but when you get up close and personal, it disaggregates into an appealing mish-mash of papers, works and talks by leading academic and cultural figures on issues that closely touch everyday lives. This year saw writers and professors, poets and artists, novelists and journalists participate.

It all began when the Mumbai-based Sree Narayana Mandira Samiti held a function in 2010 in Colombo to mark the 75th anniversary of seer-social reformer Narayana Guru’s visit to Sri Lanka. It set in motion a set of events that led to the Backwaters Collective in its present avatar. With Nandy as a sort of guiding spirit, four people — Roby Rajan, who teaches at the University of Wisconsin; Vinay Lal, who teaches at the University of California, Los Angeles; M.C. Dinakaran, former scientific officer at Bhabha Atomic Research Centre; and Anish Damodaran, businessman — decided to create an alternative space for writing, creating and thinking that would be free of academic as well as socio-cultural dogma.

A certain kind of freedom

And why Kochi? Artist Riyas Komu, who has brought Uru and the Kochi Biennale on board the venture, spoke of how the town has evolved in many ways into a “space for dissent”. And while not strident, the voices gathered here certainly spoke for a certain kind of freedom that goes beyond closures of any kind. And, just as Kochi evokes a certain air, Narayana Guru seems apposite as inspiration. A non-political figure, he yet opened up political spaces of reckoning and reform in Kerala that resonate even today. “For us,” said Rajan, “he is a liminal figure between metaphysics and politics.”

But metaphysics, as the founders take pains to emphasise, is used more as a word to gesture to a domain beyond realism and anterior to politics rather than as the purely conjectural or abstract. The challenge of such a gathering, then, would be to see how to draw back from the hurly-burly of everyday politics and its shrill -isms without floating away into airy-fairy mysticism. Indic civilisations have the resources for such an exploration, which embraces the intellectual as well as the religio-cultural.

To enter such a sphere of conversation, you have to engage with the country’s past in a constructive and regenerative way. And that is exactly what the group hopes to achieve. The idea, as Lal said, is to break up the politics of knowledge systems and the hegemony of Western scholarship. “All our knowledge categories are derived from the West; the neuroses and the psychoses of the West have become the world’s.” Lal, who leans especially on Gandhi, pointed to how the Mahatma used fasting as a negotiation tool. The idea that we can deploy uniquely Indian alternative responses to global issues is a fascinating one. It is the spirit that created, for instance, the non-aligned movement.

“Can we come out of the past to create a new future,” Damodaran asked. That would require a certain kind of self-confidence which isn’t afraid of looking the past in the eye, warts and all. This in turn means rethinking academic spaces, which have largely become not just deadwood but frightened deadwood incapable of looking anything in the eye. Can the Collective populate this gap? Dinakaran is confident it can: “We are interested in the fundamental thought-making process, which nobody else is doing in India,” he said.

Along with this, they are talking about retrieving a certain tradition of knowledge-seeking that we as a people appear to have lost. When Tagore created Shantiniketan, he recognised that the formal institution need not be the only repository of knowledge. “Today,” Lal said, “intellectual spaces that are open and not shaped by any ideologies are few. In pre-modern India, such spaces existed.”

Evoking pre-modern India is a fraught project in these times, when recollections are cast only in sickly sentimental hues or in a sterile casing of political correctness. Balancing this scale seems intuitively sound but won’t amount to much unless it is constantly reimagined, re-examined, made relevant and extremely tangible.

One wondered if there might be a touch of the ivory tower about the Collective, but several speakers reassuringly brought in that important sense of immediacy. Whether it was journalist Shashi Kumar speaking of the media’s abject abdication of its watchdog role or writer Purushottam Agrawal’s excellent paper that proposed a keener engagement with bhashaliterature, Malayalam writer Anitha Thampi’s riveting poetry or academic Chandan Gowda’s absorbing albeit tentative paper on the ‘rowdy’ in Kannada cinema, they touched chords that resonated.

The person, however, who shook up the room with his tone of pulsing urgency was cultural activist G.N. Devy, fabulous as always but also now suffused with fervour for how quickly we need to create an alternative to the rapidly advancing idea of a monolithic India. He too returned to Gandhi, for the idea of swa or selfhood, and on using that as a basis for a new andolan or movement to resist the fascist juggernaut. “Conventional political activism will not be possible; we need disruptive ideas, micro andolans,” he said.

By evoking a global south, both Lal and Devy recognised that responses to the spreading fascist tentacles need to be global, while acknowledging the capitalist origins of the crisis. As Devy said, a Modi state is simply a mask for the market ownership of society. For the mask to continue its macabre march, information must be choked, which explains why we now celebrate stupidity and vilify the intellect. If people today have become mere ‘consumers’, whether of products or stories, we need to build a strong counter-storytelling project; but how do you make the narrative of inclusion or tolerance as attractive as the black magic of exclusion?

The question brings us right back to Gandhi. His genius was in being an intellectual who could converse with the masses. His philosophy was rooted in simplicity and accessibility. He was strongly religious and could yet swat away religious bigotry. If present-day intellectuals and leaders don’t learn this ‘people’ language, don’t connect with the core of ‘Indianness’, as it were, it will remain impossible to create those vital counter-narratives.

On the third evening, as I sat listening to a very young Swagat Shivkumar belt out Kabir dohasand intersperse it with Kabir-speak, I looked at the Backwaters Collective logo printed on the backdrop. Its shape evoked the parable of the blind men and the elephant. And what the Collective is trying to do seemed to tie in with that. Like the Jain concept of Anekāntavāda, here was a bunch of thinkers trying to grapple with the many-sided nature of truth. It will be worth paying attention to them.