Toilets for all? May be a crappy idea 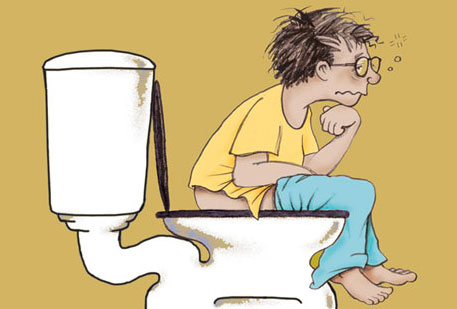 The prime minister launched the Swachh Bharat Andolan on Gandhi Jayanti amid much fanfare. Sanitation desperately needs attention. You are probably sick of reading that 60% of the global population that defecates in the open lives in India. Now we have a new government, elected with a clear majority. There is a mood of elation, of possibility.

However, those who have followed such efforts must have a sense of deja vu. For government efforts to discuss sanitation are ridden by the burden of positive thinking. Be it UPA’s Nirmal Bharat Abhiyan or NDA’s Swachh Bharat Andolan, the language of the government is politically correct. There is talk of a clean India without acknowledging that most of India is terribly unclean and polluted.

For all his stress on non-violence, MK Gandhi’s appeals for sanitation were not couched in a soft, feel-good language. He was quite direct and graphic in describing the filth of India. Even if he was critical of the terrifying accounts of a filthy India in American researcher Katherine Mayo’s 1927 diatribe Mother India -he called it a report of a “drain inspector” -Gandhi was more bothered about the reality than India’s image. He had no problem with the truth and could tell people in no uncertain terms that their lack of sanitation was a public hazard. But Gandhi did not have to contest elections or convince investors that India is the next economic superpower.

The sanitation discussion among India’s elites is driven by a concern about India’s international image. People with several immigration stamps on their passports have experienced first-hand the orderliness and cleanliness of the industrialised West. The India of their aspirations has a similar level of hygiene.

Open defecation and garbage strewn across the landscape smudges their aspirational roadmap. It also causes shame and disgust towards our people and our country. Are we a lower strata of human material that we cannot maintain basic hygiene? This creates a desperation that permeates the sanitation sphere.

This desperation selects what gets highlighted and what gets left out. Consider toilet talk to rid the country of the great shame of open defecation. It’s tautological to say everybody should have access to the privacy of a toilet. But there is little attention on the consequences of current toilet design. Most of our rivers and other water bodies are horribly polluted with untreated sewage from existing toilets. The rivers do not have any water to dilute this sewage, because the clean water is taken out upstream to supply to households.

Given that a sizeable proportion of toilets built under various government schemes are unused for lack of water to flush them, how will these toilets get water? With only half our population having toilets, our rivers have turned into large sewers. What happens when everybody has toilets (remember: cleaning up the Ganga is a priority of this government)? India’s total sewage treatment capacity is less than one-third of the sewage its cities are estimated to produce. (Estimated, because nobody knows how much sewage we produce, neither do we know how much water we use, as the Centre for Science and Environment has said repeatedly.)

About one-fourth of India’s total sewage treatment capacity is in Delhi.You can go see and smell the Yamuna river to know how well the 30-odd plants in Delhi work. This, when Delhi has money and power and capacity; other cities battle worse conditions. There are examples of municipalities failing to pay their electricity bills, thereby failing to pump sewage to treatment plants. Where sewers exist, they often have to be cleaned by safai karamcharis at the risk of life and limb. They are invariably from communities traditionally burdened with manual scavenging. On August 30, two such workers died in Bengaluru during routine maintenance.Such deaths barely make news, common as they are.

Numerous localities, even in the bigger cities, are not connected to sewerage – about half each in Hyderabad and Bengaluru. Their grey water is let into pits, from where it contaminates groundwater. With municipal water supply increasing failing to meet demand, reliance on groundwater is increasing. As is the pollution of aquifers. The future is contaminated.

About 99% of sewage is water. The remaining 1%, however, is food that has gone through the human guts and kidneys. Food that was grown on land, from crops that take out soil nutrients.Instead of returning these nutrients to land, the sewage system deposits them in waterways. As the water sources get polluted, farmland becomes barren. An estimated 10 million tons of soil nutrients are washed out to sea in India each year. There is no estimating the real value of this soil nutrient. But just to get an idea, remember that the government’s soil fertiliser subsidy bill is around Rs 65,000 crore.

Sanitation links the rich to the poor, the land to the water, the clean to the unclean, the sacred to the untouchable. It asks serious questions of our development plans. There is no doubt that Modi has succeeded in focusing the country’s attention on sanitation. But if this evades our dirty realities, SBA will not go beyond an attempted image makeover.