The last straw that triggered the battle against plastic

By Pankaj SekhsariaonAug. 24, 2017in Perspectives 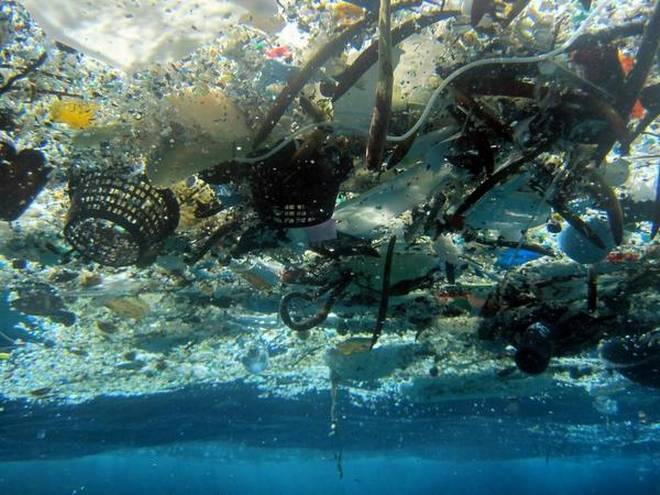 Could the ocean soon have more plastic than fish?   | Photo Credit: AP

Think of anything you have had to drink today — a cola, fruit juice, cold coffee or lassi — and it is likely that it was served with a straw. The ubiquitous pink, white or blue plastic drinking straw has indeed become an unlikely marker of the modern culinary culture. Now think of the number of drinks served in a restaurant every day, the number of restaurants in a city, and the number of cities, big and small, in the world today, and one can only imagine the volume of plastic straws used on a daily basis. The plastic straw is also emblematic of the ‘use and throw’ culture.

And the ease with which we ask for a straw and then dispose it underlines both the mindlessness and the magnitude of our actions and their repercussions.

In Kerala 3.3 million plastic straws are used every day. It is 500 million daily in the U.S.. So billions of these straws, by implication, are thrown away around the planet. A significant chunk finds it way to the oceans and not surprisingly, plastic straws are consistently in the top 10 items collected every year during efforts to clean up the coastline.

While the single straw multiplied a billion times over might still only be a fraction of the total production and consumption of plastic in today’s world, it has become the inadvertent stimulus of a very significant anti-plastic campaign that has gained rapid traction all over the world.

The initiative against the plastic straw had started a little earlier, but it was about two years ago that the campaign took off.

The specific catalyst was a 2015 video that showed a plastic straw jutting out from the nostril of an olive ridley turtle in Costa Rica.

The video that went viral on social media (more than 12 million people have seen it so far) has a marine biologist trying to pull out the straw with a plier, when blood starts to flow from animal’s nose. The rescuer continues to struggle for nearly five minutes before being able to pull out the nearly-four-inch-long straw, revealing how deep it had been embedded inside the animal’s body. The video sparked international outrage, giving wings to a movement to fight the menace of the plastic straw.

Much has been achieved since then. The Plastic Pollution Coalition (www.plasticpollutioncoalition.org) has estimated, for instance, that nearly 1,800 institutions worldwide, including prominent ones like Disney’s Animal Kingdom and the Smithsonian have banned plastic straws or give them only on request.

Volunteers who clean up beaches regularly are reporting fewer straws now than they did about a year ago and there is a small boost to those who make reusable straws from metal or bamboo.

The international movement has had its impact in India as well with reports of initiatives coming in from different parts of the country. Responding to the global online campaign #refusethestraw, earlier this year, restaurants and bars in Mumbai decided to stop giving their customers straws with their drinks or to offer them paper straws.

The restaurant industry in Kerala too made a similar decision to mark World Environment Day this June, and responding to complaints from citizens, the Kozhikode Municipal Corporation in the State too decided around the same time to ban plastic straws. It is one situation where the individual appears to be in a position to make a very significant difference.

One of the markers of the Anthropocene, scientists say the planet has now entered, is plastic pollution (others include nuclear tests, concrete, and domesticated chicken).

Not only is plastic being produced and dumped in ever increasing quantities, it is unique in that it does not decompose or decay. A paper published in the journal Science Advances in July 2017 estimates that the world’s oceans now have nearly nine billion metric tonnes of plastic with an additional 5 to 13 million metric tonnes being added every year.

This being the case, it is expected that oceans will have more plastic than fish by the year 2050. It’s a problem of gigantic and timeless proportions and the humble plastic straw might just have triggered the first fight in a battle that will need to be sustained.