How to Save Forest Culture? ‘Silent’ Battle by Odisha’s Kondhs is The Right Lesson

By Sayantani NathonNov. 22, 2019in Environment and Ecology

Accustomed to consuming nearly 275 varieties of wild fruits, vegetables and herbs from the jungles, the Kondhs were suddenly instructed to practice monoculture and forget their culture. Here is how they stood firm.

“One of the main problems with the common development paradigm is that Adivasis are considered underdeveloped. People do not recognise that their prosperity lies in their unique lifestyle and world views. That is why the government and the NGOs tried to intervene and impose modern-day practices on them. The result was appalling,” reveals Debjeet Sarangi from Living Farms, a non-profit organisation helping Kondhs in Rayagada to uphold their unique culture since 2008.

Much like the iconic Chipko movement, despite threats of imprisonment, repeated interventions from the forest department, and the ever-present pressure to give into the so-called ‘modern’ methods of cultivation, the Kondhs stayed unflinching on their resolution – to bring back their forests and way of life. Living Farms has helped the Kondhs in over 800 villages of Rayagada in their struggle against the invasion of modernity. Gradually, the expanse of the movement spread like wildfire all over Rayagada, bringing 1,06,000 Adivasi and Dalit households in 2000 villages under its ambit.

The Kondhs and Their Way of Life

Just like the majority of Kondhs, Landi Sikoka and Tulasa Kurangalika from Khalpadar village have little idea what ‘global warming’ means. There is perhaps no translation for the term in ‘Kui’—their native tongue. But, their plates are vibrant with rich and healthy forest harvest, their homes are abodes of peace, their air fresh with the musty petrichor after rains.

The Kondhs lead a sustainable lifestyle—in perfect harmony with nature—teaches a lot to the modern generation, bearing the brunts of its mindless consumption.

The southern hinterlands of the coastal state is lined by a thick foliage of tropical forests, inhabited by wild beasts, birds and the Kondh community. Their quaint huts of mud and thatch are never huddled together to delineate a settlement, rather they build their homes in groups of few at naturally-secured locations, like atop a hillock or beside one. A land beyond the cacophony of cities

Accustomed to the traditional livelihood of hunting-gathering, the Kondhs were never rigid cultivators, but the passing years saw them practising dongar cultivation (shifting agriculture) of vegetables, fruits, grains and leaves that constitute their traditional diet.

They periodically clear patches of forests to make way for seasonal farming.

“On these plots of lands, manually-run implements are used, for multiple millets-based crops that cover millets, oilseeds and pulses needed for subsistence of the household,” social activist Kavitha Kuruganti describes about the Kondh style of agriculture.

Among the community, the traditional practice of game hunting had faded through the ages, but forest gathering of fruits, berries, mushrooms, tubers, leafy greens, bamboo shoots etc. still continued, which actually defined their characteristic cuisine.

Living on the ideals of sundi (trust) and mitho (friendship), the minimalistic lifestyle of the Kondhs is characterised by beautiful customs that brings the Kutumb (community) together. Division of labour in farming

“When a newly married couple wants to set up a house of their own, the entire village would help them in building their house, without expecting any wages,” informs Kuruganti, for instance.

She also states how women enjoy greater autonomy among the Kondhs than any other aboriginal communities, as they remain at the forefront of their contact with the outer world. Be it trading at local haat (market) or choosing their life partners independently, Kondh women exercise ample independence.

From granary banks to village funds in kind (seeds, grains, even domestic animals) – the Kondh economy was least dependent on paper currencies. In fact, the older generation might even have never held money in their hands. They had always been content with their traditional economic structure, without any influence of the rapidly changing outer world. The grains on their plates

However, things slowly started to change. The government intervened in their lives, so did several non-profit organisations. The flawed notion was that these Adivasis were ‘backward’, ‘poor’ and ‘illiterate’.

The community faced the infiltration of modernity in several aspects, especially agriculture. Accustomed to sourcing nearly 275 varieties of wild fruits, vegetables and herbs from the jungles, the Kondhs were suddenly instructed to practise monoculture of crops like paddy, a practice alien to them.

“A government agricultural scheme designed keeping a Punjab farmer in mind will never work for the Adivasis. The imposition of monoculture cropping by forest officials reflected badly in the health of the tribals as their dietary diversity disappeared,” shares Sarangi.

The intention was good, the execution was bad. Both the government and the non-government entities failed to understand and relate with the Kondh culture and compelled them to resort to mainstream habits. “If one crop failed, the people now had no alternatives on their plates,” says Sarangi, explaining the drawbacks of monoculture.

There were additional issues as well. For instance, the Kondhs had inherently been patrons of 100 per cent organic farming. But now, chemical fertilisers and pesticides were handed over to them to support the singular crops. This inevitably ruined the soil richness of the forested zones, which once used to be hotspots of flora biodiversity. Katha Chhatu – a mushroom with a distinct flavour

Also, they were now forced to diverge from their internally sustainable economy, as they ventured into the towns and cities to source the chemicals. The hefty investment cost was an additional woe.

The natural forests comprised a rich trove of mangoes, Jamun, jackfruit, tamarind, berries etc. But officials coerced them into replacing their orchards with cash-yielding trees like teak and eucalyptus. The forest department even cleared out parts of the natural forests to make way for these ‘profitable’ plantations.

Kondh youngsters, who ventured outside for education or employment brought back instant noodles or soya nuggets with them – foods which were gravely detested by the community leaders. They yearned for the forest to be back on their plates. And when the authorities threatened or warned them with consequences, they countered back with their silent protests. Taking Back the Forests

Women, once again, pioneered the Kondh war against modernity by leading resistance movements in many villages. Farmers decided to refrain from chemical agriculture and monocropping. They stopped sowing hybrid ‘corporate’ seeds and reseeded their mandua (finger millets).

The farmers refused to cower down to the forest officials and stopped their natural forests from being destroyed further. They had seen in their neighbouring villages how these economic plantations destroy the forest’s sanctity and degrade soil quality. They would not let the same happen to their own zones. Mother and kids at field

The men, women and children from every family worked on a war footing to replant, restore and replenish the beauty of their aboriginal mother – the jungle.

The results have been exceedingly prominent in the past five years, with the forests once again glistening with vibrant colours and a captivating aura. Their plates are once again ‘full’ with bounty from the forest. 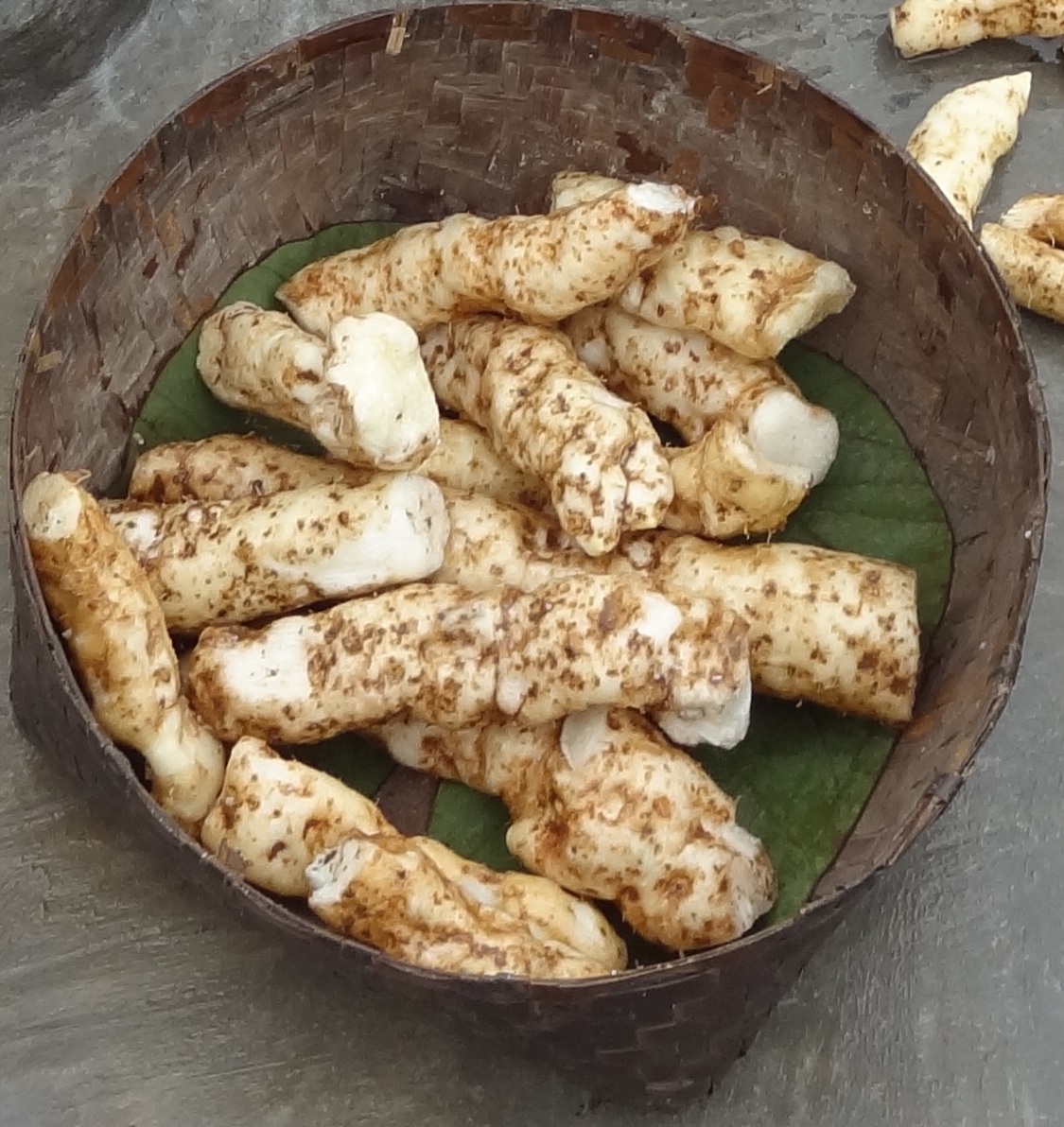 Living Farms continue to conduct local food festivals and workshop to showcase the beauty of the Kondh culture. They predominantly focus on a deep sense of respect for the community and keeping their dying traditions alive. Their support programmes are designed with the basic aim of retaining the communitarian fabric of Kondh society, while also introducing them with the indispensable aspect of modernity.

Even after sustained and cumulative resistance from the locals, self-appointed “saviours” still continue trying to ‘reform’ them. And thus the Kondh’s struggle to combat such imposition persists parallelly. Amid the disappearing diversity and rampant cultural appropriation in India, the unknown story of the Kondhs will remain a glorious chapter.