When the government provides amenities to SC/ST students, it is with the hope of helping them cope with their social vulnerability. But in doing so, their caste is proclaimed more prominently than ever before, leading to further ostracism. By working closely with them, Gothrathalam aims at preventing Dalit and Adivasi students from being isolated based on social stigmas.

An alternative school situated 20 km from Thiruvananthapuram in Chavady village, Gothrathalam was founded by Mini Raman and her husband Sudhi Nammayan. The school, which was started in a shed in 2012, aims at building these children’s confidence levels and transforming their lives. Talking to The News Minute about the problems these students face, Mini said, “Many of the tribal as well as Dalit students can’t write or read, even after going to school for many years. Even a 15-year-old found it difficult to write. It’s a problem that the entire caste faces; it’s because they speak a different language. Here in the colony, we speak a language different from Malayalam. The tribal gothras of Wayanad, Palakkad, etc. have their own languages.” 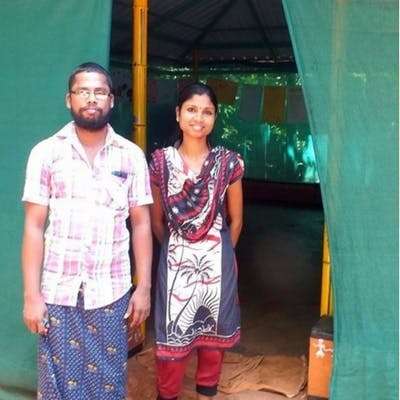 Although they are in Kerala, most of the people in this locality do not speak Malayalam. When it is introduced for the first time in school, the students are clueless. On the one hand, they cannot follow what is being taught as they are not familiar with the language. On the other hand, teachers start discriminating against them as the inability to speak the language means they are from a ‘low’ caste. When this is how teachers react, it is only natural for other students to pick up this attitude.

At Gothrathalam, however, students are taught both Malayalam and English, which will equip them to deal with the outside world. Apart from that, they are also taught dance and art and are moulded into socially responsible individuals. Talking to The Hindu, Mini said,

“The module is so designed to help the children help themselves, so that even if we are not around, they can carry on.”

Mini comes from a tribal colony in Wayanad where she attended a local school until class four, after which, unable to take the bullying, she dropped out. It was KJ Baby’s  Kanavu (Dream), an alternative school, that came to her rescue.

Apart from teaching English, she is now also a dancer and martial arts expert, and Gothrathalam is her way of giving back to society.